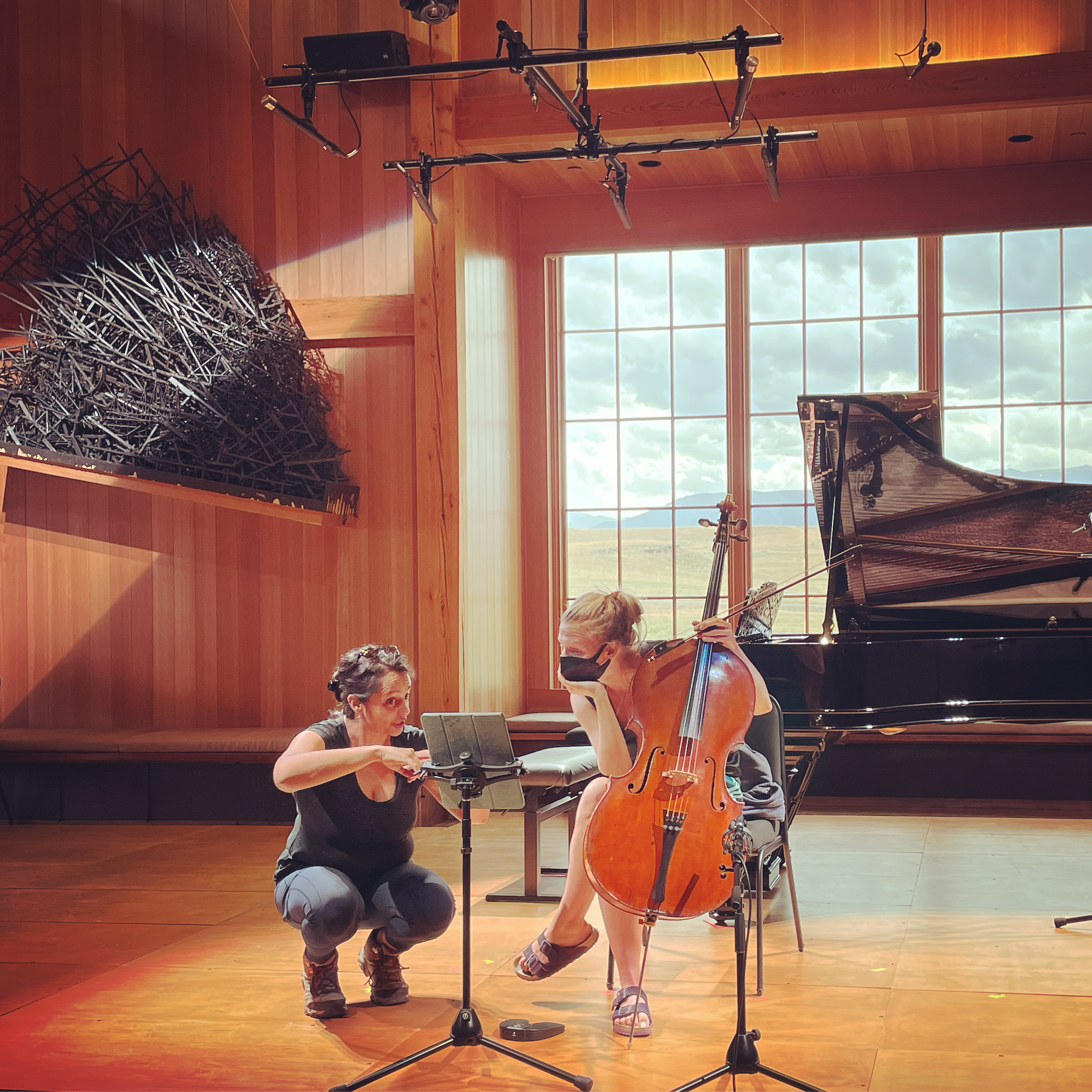 Sandhiprakash(p/d), meaning ‘the joining of light’, is the term for a particular set of Hindustani raags that are performed at the moments of sunrise and sunset. In this piece for unaccompanied cello, the focus is on morning sandhiprakash raags Bhairav, Ahir Bhairav and Vibhas. I’m so struck by how differently the concept of dawn is portrayed in Hindustani music and Western classical music — the colors are darker and more mysterious. I imagine these raags to be reaching in both directions – toward the emerging sunlight and the receding darkness, and finding that liminal space between them.

I wrote this piece while imagining the magical landscape of a place I had never been. Tippet Rise is an incredible art center on a 13000 acre ranch in the vast plains of southern Montana. I looked at so many incredible images and videos of the art and the land while I was writing this work, and yet nothing, except my own wildest imagination, could prepare me for the vast beauty that met me at its premiere.

This work has premiered on August 26, 2022 by cellist Arlen Hlusko at Tippet Rise Art Center in Fishtail, MT.

“Sandhiprakash (“joining light”) is the term used in Hindustani music for the ragas associated, alternatively, with dawn and dusk — the ambiguous threshold between day and night. Esmail moves seamlessly between the extended techniques familiar from Western avant-garde composers and her in-depth understanding of Indian classical music traditions.

Hlusko’s eloquent performance sustained a prayerful, meditative atmosphere that belied the relative brevity of the 10-minute piece. She summoned notes spanning the full range of the cello, realizing Esmail’s varying combinations of ethereal harmonics, sul ponticello scrubbings, and plaintive glissandi. She traced an arc from the “luminous, mysterious” opening through brightening arpeggios to the brilliantly lit final section, where the overall mode shifts with a palpable intensity corresponding to the three distinctive ragas that conjure the moments just before, during, and just after twilight. An identifiable vocal quality emerged from Esmail’s emulation of Hindustani-style ornamentation. She explained that this resulted from a combination of her own notation and having Hlusko imitate her singing voice on the instrument.” — Thomas May, Classical Voice America

(this work is not yet available for sale)